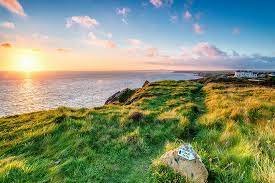 There are plenty of incredible long-distance routes for walking in the UK to help you get your adventure kick. It’s easy to get started with over 7,000 miles of coastline and nearly 9,000 miles of national trails and parks across the country. Long-distance trails are everywhere in Great Britain, whether in England, Scotland or Wales, including not only the well-known national trails but also a plethora of lesser-known stops. There are all kinds of distances, from long ones that will keep you occupied for months to those that take no more than two days.

Here’s a look at eight of the best long-distance routes for walking in the UK:

An exciting stop for the bookworms out there would be the Top Withens Farmhouse, on the way to Hebden Bridge, which is supposed to have been the setting for Emily Bronte’s famous 1847 novel, Wuthering Heights. The magnificent moorland scenery that provided inspiration for several of the Bronte sisters’ works surrounds the site. Another one of the most striking parts of the Pennine Way is Malham Cove. This 70-metre-high natural amphitheatre was most likely constructed by glacial water about 12,000 years ago. This is an absolute must-see location on your way out of Malham.

This is a popular walking route in Scotland and one of the best long-distance treks in the UK. It runs 154 km from Milngavie to Fort William, passing via Loch Lomond along the route.

After leaving Tyndrum, the route takes you to some of the most desolate portions around. You’ll come across the spectacular Bridge of Orchy and other overpasses on the West Highland Railway Line after navigating the impossibly steep slopes of Beinn Odhar and Beinn Dorain.

The Cumbria Way is a stunning low-level trail that runs from Ulverston in the south to Carlisle in the north, passing through Coniston, Langdale, Keswick and Caldbeck. The middle segment, which runs through the heart of the Lake District, is especially spectacular. The course is mostly flat, but there are a few steep, high-level sections that will test you. If you’re new to long-distance hiking, this is a terrific place to start.

The Lake District is full of waterfalls, and one of the highlights is the 55-foot Colwith Force in Ambleside. Most people will go to Skelwith Force, which is nearby, but Colwith is more concealed, and hence more rewarding.

One of the best long-distance hikes in the UK and the UK’s longest National Trail, the South West Coast Path runs for 630 km along England’s south coast. It begins in Minehead, Somerset, and winds its way through Exmoor, Devon, Cornwall, and Dorset before arriving in Poole Harbour. The walk takes an average of 7-8 weeks to complete, while many people accomplish it much faster.

The Jurassic Coast, a UNESCO World Heritage Site that runs from Devon to Dorset, is traversed by the South West Coast Path. Walk along jagged cliffs sculpted over 185 million years by the water. It’s truly spectacular.

Shropshire is a terrific spot to take a stroll, with panoramic views, bucolic scenery, and some of England’s most charming villages. The Shropshire Way takes you from the famous Stiperstones in the Shropshire Hills to Wenlock Edge, Ironbridge Gorge, and the Wrekin – and that’s just the southern loop. A figure-of-eight track traverses the huge Shropshire plain, a terrain of meres and mosses that is a wonderful habitat for animals.

Take the London Loop, an accessible national route that circles the capital, to get out of the city and see its lush surroundings. This 241 km long-distance walk is divided into 24 sections, the majority of which are completely or almost flat, making it an excellent choice for novices. You’ll see popular parks like Bushy Park and Hainault Forest Country Park, as well as historic sites like Black Jack’s Lock and Mill, along the way.

This secluded woodland is located on the outskirts of London and Surrey. Though there are panoramic views of London from here, it feels as if you’re miles away from the city, with wildflower meadows, local fauna, and vibrant blooms.

This is known as the “mountain connoisseur’s trek” for a reason. It’s a 479- kilometre route that begins on the South Wales coast and ends on the North Wales coast, passing through nearly all of Wales’ mountains in the process, including Snowdon, Cadair Idris, Pen y Fan, Rhinog Fawr, and Pumlumon.

This traditional Coast to Coast route, first devised by Alfred Wainwright, will take you from the Irish to the North Sea. Starting in Cumbria’s St Bees, you’ll walk through three National Parks before reaching Robin Hood’s Bay on the east coast, making this a truly scenic option. The overall route length is 292 km, which will take you roughly 15 days to finish if you walk it all at once.

You’ll come across the beautiful tiny town of Grasmere not far into your Coast to Coast walk, which seems like stepping back in time. The North York Moors Railway, which features nostalgic old steam trains through deep forest and moorland, is located there.

One of the most fundamental and life-affirming outdoor activities is backpacking a long-distance path. There’s the allure of adventure, the opportunity to take in breathtaking scenery, meet fellow hikers along the way and embark on an adventure into the unknown. In addition to the sense of challenge and accomplishment that comes with walking, you know you are carrying everything you need, and later, you’ll feel the triumph of achieving a long-held goal, crossing that finish line with hard-won miles on your side. 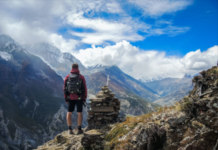 The Benefits of Travel Clubs: How Membership Can Take Your Holidays To the Next Level 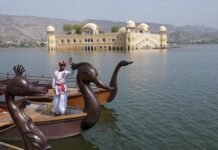 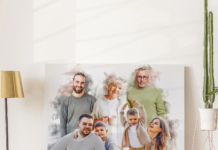 Everything To Know About Eatontown Dental Services

When can I sue For Medical Malpractice?

The most effective method to Utilize AIS as Maritime Big Data