A font family is a collection of characters, whether or not they are alphabetical, that have similar traits in their design and structure. Thus, we may recognize them as belonging to the same family.

The font family’s members share a similar appearance to one another, but they also differ in terms of weight, inclination, and proportion. In my next point, i’ll go into more detail about this.

Numerous sans serif fonts families exist. Others have started to emerge as a result of the digitization of the entire process of designing typefaces. Originally, they emerged with the invention of the printing press.

For instance, some of my favorite typeface families include Gotham, Futura, and Swift. I employ them frequently.

The options that we can find within the same font family are known as typographic variables. They are morphological, or shape-related, alterations of the typography. They affect the line’s thickness (tone), the character’s width or proportion, and the angle at which the vertical axis of the characters in a certain font family is oriented.

These typographic factors will enable us to create compositions with a visual hierarchy. They also assist us in meeting potential demands made while using fonts for visual communication.

As a Typographic Variable, Weight

The stroke of the characters is directly impacted by the weight variable, sometimes referred to as the thickness or tone variable. Each typographic sign has a different relationship between the width of the stroke and the empty spaces.

As a Typographic Variable, Proportion

The character structure is directly impacted by the width or proportion variable. It speaks of the alteration in letter width. The line stays the same, in theory.

Like ordinary fonts, expanded and condensed fonts are completely original designs. Because of this, if we need to condense or extend our typefaces, we shouldn’t alter their scale.

Remember that since it merely modifies the typeface, the size change in the vertical direction is not regarded as a typographic variable.

As a typographic variable, the tendency

The axis of the characters is altered by the slant font variable. It speaks of the font’s inclination angle. Both the structure and the rhythm are modified. Depending on how the typeface family is designed, the vertical axis’ inclination can change, however, it often ranges from 8 to 16 degrees.

We can distinguish two forms within the typographic variable of inclination. The italics and obliques.

Oblique variable fonts have a similar morphology to regular fonts. There is only one inclined axis. However, typefaces with variable italics also display their own morphology and some calligraphic elements.

It is appropriate to mention tiny caps fonts after the description of the typographic variables. The upper case (upper case) letters in these serif fonts are kept at the same height as the lower case letters (lower case).

If, for instance, we require small capitals for aesthetic reasons, small caps are a typeface that can be quite helpful.

Therefore, bear the following in mind once you are familiar with the typographic factors by weight, slant, or ratio. Always remember to select the font variable if we need to switch to a bold, condensed, or italic font. Please refrain from performing it digitally using font-modifying software.

How can a font be installed on our computer?

There are a number of typefaces that come with every operating system by default, but we can always add additional font families to use.

For users of macos

It’s a little simpler for Apple users. All you need to do to start the Font Catalog program and follow its instructions is double-click the font file you wish to install. Additionally, via this program, we can view the loaded fonts and disable some of them to stop them from loading into our RAM memory, for instance, if we already know we won’t use them for a while.

The article was enjoyable, we hope!

Tell us in the comments the typefaces you use most frequently in your projects.

Always handle font alteration carefully and with regard to font morphology. Since the typographer’s rigorous and complicated design process culminates in fonts. 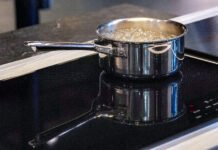 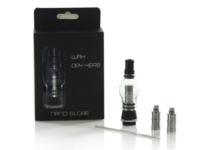 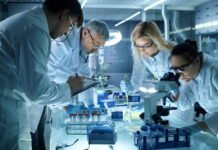 Missing a Lost Loved One? Here’s How a Medium Can Help