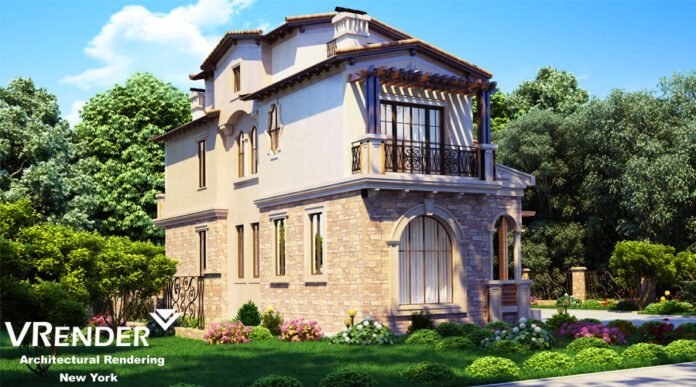 The sale of housing in a new building today is not complete without a render – a computer image of the future residential complex. This helpful picture helps the buyer to better represent their home and make an informed choice. But is it so true? We found out why thebuilding renders differ from reality, what is an acceptable lie and what the difference in perception leads to.

Two-thirds of property buyers are visuals, analysts say. But how can you imagine and love in advance a house that does not exist yet? And even invest a lot of money in its purchase ? And here building renders come to the rescue – images that allow you to visualize the future residential complex.

Render (from the English rendering – visualization) is a realistic image of an object, made using 3D technology. It is like an artificial “photographing” of an architect’s sketch, something between a drawing and a painted drawing. You can also find such names as 3D visualization, architectural visualization, or in abbreviated form – archviz. But the creators often call them simply – pictures.

These pictures can be practical or emotional. The first ones are aimed at solving specific consumer problems. For example, if the render shows a bird’s-eye view of the LCD, this gives an idea of ​​the scale, location and environment of the project. If a yard plan is presented, then family buyers will immediately appreciate the infrastructure for the children and the potential safety.

Emotional renderings evoke associations with warmth, comfort and romance. Positive images are used for them: a cozy green courtyard drawn in all details, married couples strolling, happy kids in playgrounds.

The most advantageous option is to competently combine the types of building renders, choosing the most attractive images for their design. And, of course, do not forget about the marketing function – it is to motivate the client to buy. Here, too, all means are good: it is necessary to show the advantages of the project in terms of its characteristics, and, again, to emotionally hook, to make the client feel the atmosphere of his “happy tomorrow”.

In general, a person should see on the render … a dream expressed in the attributes of a modern comfortable life.

A dream is, of course, great. But all the more bitter is the buyer’s disappointment when the finished project looks completely different from the picture. But this is not at all uncommon.

Why is this happening? Rendering, as a rule, is done on the basis of conceptual architectural solutions, but in three years (by the time of completion of construction) a lot can change. So, a certain type of tile can be taken out of production or the play elements of the playground can undergo changes from the manufacturer. It also happens that during construction, more innovative and high-quality interior details appear than those that were included in the project, for example, lighting fixtures.

The type of landscaping may also differ, if the developer chooses other plants for any reason at the beginning of the landscaping work. Finally, during construction, the norms and requirements for the facility may change. The construction company will have to adjust and possibly adjust the project a little.

And although developers claim that about 90% of building renders are true, they themselves say that admissible lies in advertising are indispensable. This means that the picture will still be embellished. Maples will be drawn on the vacant lots, the sun will be in the sky, and friendly neighbors will be drawn on the paths. And let the trees not take root, the sun will shine three days a year, and the neighbors will be gloomy – this is not a hoax, right? If we compare architecture to food, then rendering is serving. For a beautifully served dish, the composition of the products does not change, but it is perceived much more pleasantly.

It is quite another matter – this is an outright lie of the developer. For example, the render shows five floors and fifteen are built. Or a landscaped park with bike paths was drawn, but in fact it turned out to be an industrial zone. For the sake of fairness, we note that there are very few such egregious cases on the market. The fact is that it is unprofitable for developers to embellish reality too much. Selling an object for images that do not correspond to reality is not only stupid, but also dangerous. The reputation of the company can be seriously damaged, and sales, accordingly, decrease.

The reaction of buyers to the difference between a built house and a render can be different. If some perceive these pictures as a kind of convention, then for others the discrepancy between the color of the flowers in the drawn and real flower bed becomes a personal tragedy. And for more active citizens – and a reason to go to court.

For example, there was such a case when a lawsuit was filed against the developer for the fact that a certain Christmas tree was drawn on the render, but in fact it was not in the yard. Another story, bordering on insanity, was told at the Granel Group of Companies. The company’s facility was commissioned in late autumn. And one of the buyers in all seriousness demanded compensation for the fact that in reality the grass on the lawn turned out to be yellow, and not green, as in the picture.

There are many complaints about the building renders of finished apartments. Developers are already convinced that the color mismatch of the tiles or wallpaper pattern drives some buyers into a state of frenzy. And therefore, they treat the images of the interior with extreme caution.

However, the most common discrepancies between the picture and reality are associated with the facades of the building. The Metrium company recalled a flurry of negativity from equity holders, when the developer made a cladding that differed not even in color, but in shade. People were very unhappy and wrote complaints in droves. However, such a reaction is typical not for standard housing, but for business-class projects and higher, where buyers are more demanding.

Developers, of course, are trying to protect themselves from litigation with clients. For this purpose, they place disclaimers on websites and advertising products (from the English disclaimer – a denial, refutation). These warnings read something like: “This is not a public offer. Object visualizations are indicative only. The developer has the right to make changes to the project in accordance with the current legislation. “

As construction progresses, when the outlines of the future house are outlined, deviations from the renderings begin to appear. And this is the very moment when a wave of negativity from users can begin. At this stage, many developers update the render so that it matches the actual project as much as possible. Or else they completely abandon pictures in favor of live photographs.

If customer dissatisfaction still could not be avoided, company representatives invite equity holders to the office and individually explain why there are discrepancies between the render and the real LCD. Some developers carry out “group therapy”, conducting a dialogue with buyers in the chat on the site or in thematic groups in social networks. And this is bearing fruit – at least there are no strikes by equity holders on this issue.

Every year developers more and more recognize the importance of building renders and invest a lot of money in them. Progress does not stand still, technologies are developing, and now staticbuilding renders are no longer enough. Therefore, entire 3D tours began to appear on the sites of new buildings, allowing you to freely move around the virtual space of future housing.

Thanks tobuilding renders, people are not buying a pig in a poke, but real real estate. And this is the main point. Even if the ideal world presented in thebuilding renders is a little disingenuous. 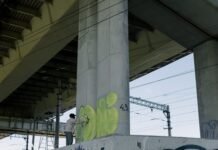 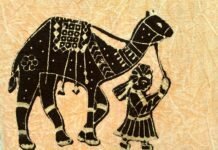 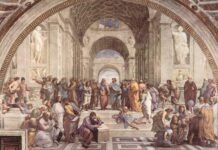 An Analysis of the Creation and Marketing of Art Prints

Primal Unit XL – Have You Given This A Shot? | Available Now