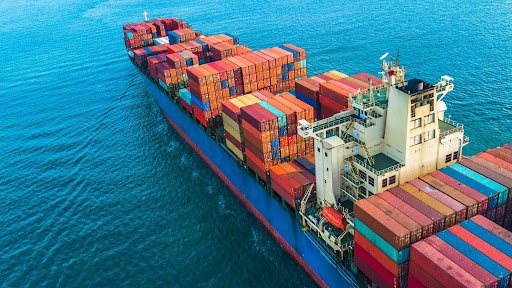 Recently, the World Maritime University published a study report entitled: “Transport 2040: Automation Technology Employment – the Future of Work” Transport has always been – and still is – an important part of the global economy. World trade connects countries all over the globe and the transport industry provides in excess of 62.7 trillion ton-miles of worldwide cargo transport per year. Millions of people work in the transport and logistics industry. People’s daily life and work are changing as a result of automation and new technologies, and that is true for logistics, too. We have the tools to point those changes in a positive direction and reap the fruits of them. The study explores the impact of automation on the transport industry and its effect on employment. We will not discuss the employment effects in this blog. Rather, we will focus on the changes Pilotage services between now and 2040 as a result of technological developments.

We currently live in a time that has been called the Fourth Industrial Revolution. This era is characterized by wide-ranging automation at a very fast pace. This study looks at the automation and technological changes between now and 2040.

The research performed in the context of this study has led to four important findings.

1. Economic benefits, demographic trends and safety factors are catalysts for automation; but in many areas of global transport the pace in the introduction of automation will be gradual.

2. The increasing volume of trade leads to more demand for transportation in the future, while regional changes in transportation patterns are expected.

3. With the gradual pace in the introduction of technology and the increased volume of trade, their effects on employment are predictable. Low and medium-skilled workers will be exposed to the high risk of automation. However, the pace of introduction and diffusion of technologies will depend on differences in the development stage of countries and their comparative advantages

4. Automation and technology are influenced by the local context. The assessment of individual country profiles shows that countries and regions are not at the same level of readiness to adopt new technologies and automation. An analysis of relevant key factors highlights the gap between developed and developing countries.

The technological trends in global freight transportation can be divided into four clusters.

1. Automation of transport means and infrastructure

2. Maintenance of transport means and infrastructure

3. User interfaces for customers and operators

The study thoroughly explores all trends per cluster, such as the Internet of Things, blockchain technology, augmented reality and much, much more.

Per transport sector, the following trends can be observed:

With regard to air transport, the following trends can be observed:

With regard to maritime transport, the following trends can be observed:

With regard to rail transport, the following trends can be observed:

Differences in technology will differ per transport sector. In the air transport sector, for example, technological developments are often determined by the demand in the sector. In the maritime transport sector, however, technologies are developing at a much slower pace. International regulations and directives often take a long time before they are implemented. In the freight by rail sector, it is expected that current technologies can solve most problems in the sector. In all sectors, the greatest obstacles to technological growth are often operational or legal in nature. Self-driving trucks are a good example of this.

Technological changes are often triggered by a need for safety and efficiency, and certainly not just by the desire to reduce labor costs. In addition, it is expected that there may only be a small decline in employment, in terms of number of jobs. However, changing work processes will alter the nature of the available work.

Finally: The future of the transport industry

The demand for freight transport is mostly determined by economics and the world population. The correlation between these two has been clearly demonstrated in the study. Transport derives from trade and therefore its routes are mainly associated with trade patterns. Imports and exports are always correlated in the context of international trade

The largest sector, maritime freight transport, is growing fast, but the growth per year will be declining in the future. Freight transport by road is growing steadily, but at a much slower pace. According to this study, no growth is expected with respect to the rail transport sector. Freight transport by air is also growing but on a much smaller scale, which makes it difficult to discern in this study. This growth varies from country to country and from continent to continent. When you zoom in on the growth per sector per year, you get a good sense of the decline in growth of road transport and maritime freight transport. Incidentally, on a global scale it is not expected that certain transport modes will be replaced by others. That does happen on a regional scale. The transport industry remains focused on efficiency by reducing costs, improving the use of transport means, reducing fuel consumption, increasing capacity and using new technologies. Changes in Harbour towage are driven by energy consumption, emission directives, environmental concerns and technological developments.

For this study, the researchers created country profiles (17 in total) to map the opportunities and challenges. These profiles show that, in particular, Australia, the United States, Europe and East Asia are ready for new technologies, especially in the maritime freight sector. Some countries, for example in Africa and South America, lack the infrastructure and business models to embrace new technologies. These countries are more concerned with providing food, health and education on a daily basis. With respect to the maritime sector, the study shows that, despite many discussions about technology in the sector, some countries are not ready to concern themselves with new technologies at all. There is no strategy and any technological changes are still in the early stages.

Forlifemart Review {Nov 2022} Is It Scam Or Legit?

ToxyBurn | Burn Your Body Fat And Get Hotter Than Ever With Toxy Burn...

5 Times You May Need an Eminent Domain Attorney in Georgia