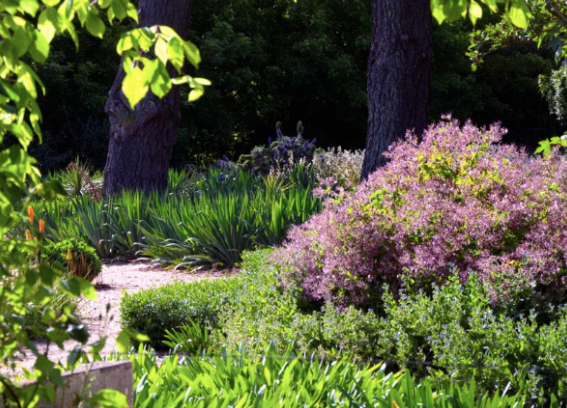 Places in the garden that are completely open to the sun are considered hard to master because such conditions are not suitable for all plants. If you can’t spend a lot of time tending your garden, you should consider drought-tolerant perennials for sunny spots. Let’s figure out what crops are suitable for the open space and what to consider when planting plants in the sun.

A sunny plot: How to consider its pros and cons

An open, sun-drenched space is suitable for many plant species. Heat-loving crops warm up well, which is important for their full nutrition and growth. The sun’s role as a natural disinfectant is also important: it dries the leaves and prevents moisture from stagnating on the soil surface. All together, it reduces the likelihood of rotting and fungal diseases.

However, even for plants that like sun and heat, the conditions of a sunny lawn outside the house can be unfavorable. Therefore, the following possibilities should be relied upon before planting plants in the sun:

Among all this variety, gardeners prefer perennials because drought-tolerant perennials have the following growing advantages:

View overview for the sunny side

Drought-tolerant perennials are especially useful to those owners who do not have time for regular maintenance of the flower bed. Plants are diverse and ornamental; they can be used to decorate a flower bed in the garden, a front lawn, a front garden at the entrance. The owner contemplating what to plant in the sun from perennials has a rich choice of different types of flora: flowers, grasses, groundcovers.

Drought-tolerant groundcover crops can transform any place, despite scarce watering and constant sun. The following species are among the popular ones:

Sedum. An extensive genus of succulent plants, each representative of which stores water in its thick leaves and is therefore able to do almost without watering. They vary in size, shape and color of leaves and inflorescences, they are planted in sunny beds, rockeries, they make a beautiful dense border.

Sagina subulata (Irish Moss). A perennial herbaceous species, it is used in carpeted and mountainous compositions, where it forms a dense cover resembling moss. It likes sunny places, is valued for its unpretentiousness and ornamental value (blooms from July to September). The plant is fairly winter-hardy, but in a snowless winter it may suffer from frost.

Phlox subulata. The peculiarity of this perennial for sunny places is its small, awl-like leaves, the color of which does not change with the coming of winter. Many varieties with a variety of colors of flowers: white, red, blue, purple, pink. Interestingly, the flower grows better on poor and dry soil than on fertile soil.

Stachys byzantina. The garden groundcover Stachys byzantina is distinguished by its broad leaves with silvery white pubescence. Due to the shape and pubescence, the flower is often called “sheep’s ears”. There are many varieties with the original coloring of the leaves. It grows quickly, forming clumps up to 1 m in diameter.

Lysimachia nummularia. Cultivated as a groundcover and ornamental plant, many varieties, including those with purple leaves, have been developed. The plant is unpretentious, but needs partial protection from the sun; it feels better near a fountain or on the bank of a decorative pond.

The assortment of flowers that can withstand prolonged drought without harm is extremely large. Common flowering plants for the sunny side of the plot include the following species:

Phlox paniculata. A popular ornamental garden plant native to the southeastern United States. Phlox has been bred since the 19th century and there are many varieties with a variety of colors (except yellow) and lush blooms. Some varieties do well in the open sun, others need penumbra so that the flowers do not burn out.

Peonies. Peonies prefer sunny areas, but they also tolerate short shade in the middle of the day. Watering is rarely needed, mostly in late May and early June, when the formation of flowers is in progress. Without watering, the flowers will be fewer, and not as large.

Hemerocallis. Plants are widely used by gardeners in single and group plantings. They love the sun: flowering will be lush and massive only in a well-lit area, and many hybrids will not open the flower fully in the penumbra.

Aster alpinus. A drought-tolerant perennial that keeps blooming until frost. Aster resembles a daisy or daisy, the color of flowers is varied, from white to purple. One of the most common ornamental flowers, suitable for planting in an alpine garden or for a border.

Rudbeckia. The perennial stands out in any composition with spectacular yellow-orange inflorescences with a dark core. Rudbeckia varies in height from 30-170 cm, but any variety will grow well in the sun, requiring little care and plenty of watering.

Drought-tolerant perennials are in demand in open areas with minimal shade. Such crops do not require watering for a long time, or do without it at all.

Plants for sunny places are characterized by special features. Some may have small or heavily dissected leaves; others have fleshy or pubescent leaves with a gray or silver color.

Crops that prefer sun include a variety of groundcover species, flowers and ornamental (mostly grasses) grasses. They are used to decorate flowerbeds, borders, alpine slopes, and tree bedding circles. 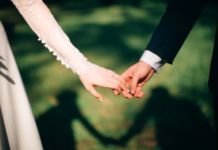 3 Things That Guests Will Actually Remember About Your Wedding

Apache Solr: How to Use the Query Elevation Component

Tips On Security For Homeowners