When testing computer software, the term “data-driven testing” (DDT), also referred to as “table-driven testing” or “parameterized testing,” is used to describe testing that uses a table of conditions as test inputs and verifiable outputs, as well as the process where test environment settings and control are not hard-coded. In its most basic form, a test involves the tester providing inputs from a table row and anticipating outputs from the same row. The table typically contains values that relate to input space boundaries or partitions. The test configuration is “read” from a database in the control approach.

The design of test scripts to execute with their associated data sets within a framework is known as data-driven testing. Reusable test logic is provided by the framework to cut down on maintenance and increase test coverage. Values for input and output (test criteria) data can be kept in one or more databases or central data sources; the actual structure, tools, and format depend on the implementation.

The information includes variables that are utilized as output verification values as well as input values. Data can be collected from an active system using a bespoke tool or sniffer in advanced (mature) automation setups. The DDT framework then plays back the collected data to create an effective automation testing tool for regression testing.

The test script contains codes for navigating through the programme, reading data sources, and reporting test status and data.

A platform for testing automation called the Data Driven Framework receives input values from data files and stores them in test script variables. It allows testers to create one test case that includes both positive and negative test instances. A data-driven framework can employ any single or multiple data sources, including xls, xml, and csv files, as input data.

Among the many advantages of data-driven testing are the following:

Data Driven Automation Testing has some drawbacks, including

1) Create a test case: Based on the criteria, create an automated test case.

3) Create the application to execute those test cases: If the test case fails, create the appropriate code to make it run correctly.

5) You can choose to refactor your code. But in order to make your code more readable and reusable, you should rework it.

6) For new test scenarios, repeat steps 1 through 5: Till every test case is executed, repeat the loop for the other test cases.

BTD uses relatively simple language to communicate the product concepts so that everyone on the team, including the non-technical men, does not miss anything. Thus, those in charge of business analysis and product management may actively participate in the testing process. As more organizations consider behaviour-driven testing as a solution to their automation and collaboration problems, it is gaining traction.

Several QA teams have successfully used the BDT framework in diverse domains. Additionally, it serves as the foundation for more successfully and conveniently deploying data-driven testing.

Why Did behaviour-Driven Testing Start?

Since test automation began, it has significantly advanced to new ideas, framework designs, and tools. The rationale for the evolution of automation frameworks has been their poor usability, rigidity, and high maintenance costs. Frameworks for testing have evolved:

It might be challenging for non-technical individuals, such as business analysts and management personnel, to read and comprehend the test cases when using these frameworks. However, behaviour-driven testing can deal with it. Writing test cases in plain language has made it easier to communicate. It is a relatively recent agile software development methodology that encourages collaboration between developers, quality assurance (QA), and business partners in order to close the gap between business and IT alignment. Through discussions with stakeholders, the scenarios are constructed to develop a clear knowledge of the intended behaviour.

The 6 steps of the BDD methodology’s process are also very similar to those of TDD.

2) Create the automated scripts: These straightforward English-like expressions are then translated into code tests.

4) Determine whether the conduct is effective: Test the behaviour to discover if it is effective. If successful, go to the following behaviour; if not, correct the functional code’s defects to obtain the desired application behaviour.

5) To make your code more readable and reusable, refactor it or reorganise it.

6) Repetition of steps 1–5 will add new behaviours to your application.

Numerous open-source BDT frameworks that support various platforms and a variety of programming languages are readily available. Since the BDT layer is built on top of a bespoke foundation, there are just layers to add. The specified when-then style steps for the behaviour-driven tests are expressed in plain language. Of course, one’s preferred programming language must be used to implement these procedures. The process for behaviour-driven testing is outlined below:

Difference between BDD vs TDD

How Are You Testing?

Product managers, developers, and test engineers work together in BDD to generate specific illustrations of desirable functionality. There is a lot of communication prior to any implementation. A lone developer can carry TDD out without the assistance of product managers or other stakeholders.

Cloud-based testing platforms like LambdaTest offers online Selenium Grid that lets you perform automated data driven and regression testing on 3000+ real browsers and operating systems. The major benefit of using a reliable online Selenium Grid like LambdaTest is that it doesn’t require additional software installations on your local machine. The web browsers on VMs in LambdaTest have pre-installed versions of Adobe Flash, Adobe Shockwave, etc., making it easy to test rich web applications.

How Do They Cooperate?

It’s crucial to remember that BDD and TDD aren’t incompatible; many Agile teams employ TDD without also utilizing BDD. However, BDD ensures that most of the application’s use cases function at a higher level and offer a higher level of assurance.

For instance, a development team might use BDD to develop higher-level tests that validate the behaviour of an application. Since these components might be used elsewhere throughout the application, developers may create separate unit tests as they implement the specifics to ensure the robustness of the components.

The TDD and BDD principles are successfully merged into a single framework for Ruby applications with Rspec.

A BDD test management system called HipTest was developed to close the gap and make continuous testing simpler. Business teams may develop and update features with ease thanks to scenario editors that are simple to use, and creating tests is made easier thanks to connections with automation frameworks and CI/CD pipelines.

The features’ use of plain-text language and the aggregated data from the integrations contribute to the creation of living documentation that technical or business teams can refer to‌. Business users, for instance, can confirm that a specific feature has been created and is still operational as of the most recent CI run.

The good news about BDD is that it doesn’t involve changing any existing TDD procedures; rather, it merely calls for a small investment in more communication, which can cause less uncertainty and higher levels of product trust.

Over the past few years, test-driven development has replaced traditional software development methodologies as the industry standard. The technique guarantees that software may be routinely issued without issues and lowers the number of bugs that enter production.

Beyond TDD, behaviour-driven development represents a development in which business objectives can be more effectively shared with developers. BDD helps eliminate any ambiguity regarding acceptance criteria, spot possible issues with user stories early, and guarantee that the application performs as expected for end users by bridging the gap between business and technical teams.

Choices between TDD and BDD might be very challenging. While some may just claim that TDD provides higher code coverage, some may suggest that BDD is superior for discovering flaws. Neither approach is superior to the other. Which method to use is a decision that must be made by the individual and the project team. 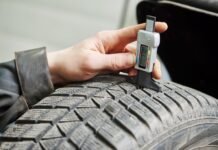 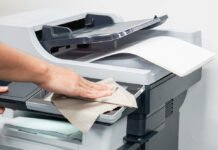 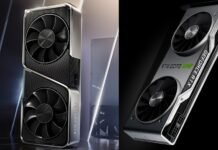 Tips On Becoming An Expat Entrepreneur

B Smyth Cause of Death :- Check All The Details Here!