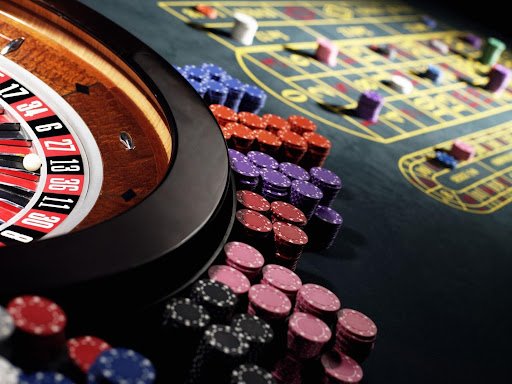 Slot machines are an online casino staple – from first-time gamers to seasoned pros, everyone loves a spin of the reels. While slots are renowned for their accessibility, simplicity and high entertainment value (the reason why they have such a strong appeal to new and inexperienced gamers), they’re also well-known for generating some of the biggest payouts of any online casino game genre. While the chances of bagging a win with any online slot title will always depend on its RTP (Return to Player) rate, it is certainly possible to generate multi-million-pound payouts with the right progressive jackpot slot and a lot of luck. Over the years, there have been a few notable examples of online gamblers who were lucky enough to win monumental slot machine jackpots, often based on minuscule real money wagers from as little as 0.25. If you’re an online reel spinner and you’re looking for a dose of inspiration, check out this selection of the biggest online casino slot machine jackpot winners, updated for 2022:

The first one on our list is a lucky anonymous online gamer from Belgium who achieved an enormous jackpot payout of $23.6 million playing the Absolutely Mad Mega Moolah slot, a souped-up version of the classic NetEnt title that’s widely available to play at online casinos featuring a whopping 243 ways to win. The anonymous Belgian gamer bagged the jackpot when playing at the famed Napoleon Sports and Casino in 2021.

While the recipient of this heavy-duty jackpot remains anonymous, we do know that the winner was a Finnish poker player in their 40s. The unknown Finn managed to bag a hefty jackpot payout of €17.8 million (or approximately $24m back in 2013) on PAF.com, playing the aptly named progressive jackpot slot Mega Fortune, a popular title developed by the NetEnt team. Perhaps the most astounding thing about this particular case is that this multi-million euro jackpot win was triggered by a tiny stake of just 0.25.

An incredible high-value jackpot of $17.3 million was claimed in 2011 by a Norwegian gamer who remains anonymous to this day. This record-breaking jackpot sum was bagged in the popular 5-reel NetEnt slot Arabian Knights, a top choice for real money online reel spinners; boasting an impressive RTP of 95.62% and playable from as little as 0.10 per round, Arabian Knights is well worth a spin based on its payout potential alone.

This British war hero served in Afghanistan and scooped up a huge 13.2 million jackpot from a 25p wager on Mega Moolah in 2015. Heywood used his juicy jackpot winnings to pay for medical treatment for his father and purchase a yellow Bentley Continental convertible sports car. As you can tell from this list of big winners, Mega Moolah is a popular and potentially lucrative slot that’s widely available via iGaming platforms such as Jackpot City Casino, where you can enjoy a selection of games with more features including valuable casino promotions and no deposit bonuses.

Rawiri Pou is a famous slot machine jackpot winner hailing from Matamata in beautiful New Zealand. Rawiri first made the news back in 2016, when he secured a stunning jackpot win of more than $10 million playing Mega Moolah at the online gaming platform Casinoland. This lucky 27-year-old reel spinner managed to trigger the enormous payout after wagering $1,500 in the jackpot round, which he won from an initial $250 stake.

A lucky Swedish player by the name of Alexander managed to scoop yet another monumental win with NetEnt’s Mega Moolah in 2015, which has rightly earned the nickname ‘the millionaire maker’. Alexander managed to bag a high-value jackpot of $9.57 million, creating combined jackpot payouts of a whopping $13m in just two weeks, along with another unknown player. After celebrating with his wife, the 30-year-old Swedish reel spinner made plans to pay off his mortgage, take plenty of holidays and buy a new car with his notable winnings.

Another staggering jackpot mobile win came in 2017 when an anonymous Tipico Mobile Casino member struck gold with the Mega Moolah slot (are you seeing a trend in our list?). The mobile gamer managed to generate an enormous jackpot payout – a record-breaking sum in the mobile format, exceeding $9.22 million. While little info has surfaced about the winning player, it is said that they were able to secure this huge jackpot using relatively small real money wagers of $7.2 per spin.

A Swedish gamer by the name of L. was lucky enough to bag a super jackpot payout of $8.75 million in 2012, making her the 5th online slot millionaire since 2009. Making wagers with the popular 5-reel NetEnt slot Hall of Gods at Unibet Online Casino, L. hit the big jackpot and was able to pay off her mortgage, pay off her loans and take her family on a luxurious holiday to Thailand with the winnings.

Known only as D.P., this lucky female casino gamer triggered a record-breaking jackpot of nearly €8mil on the mobile version of the Mega Moolah slot – this win is notable for being the most valuable ever achieved on a smartphone, which is surely inspirational for those of us who enjoy spinning the reels on our mobile devices when out on the move. Paid out in one lump sum, this record-breaking jackpot payout was generated on Zodiac Casino’s dedicated mobile gaming platform.

This Lincolnshire man made national news after scooping a whopping £5.88m win from a 30p stake back in 2012. John Orchard achieved this lucrative jackpot win after playing an online slot machine game on the Butler’s Bingo site for only a few days, famously buying a Jaguar car and celebrating ‘the best Christmas ever’ with his winnings. 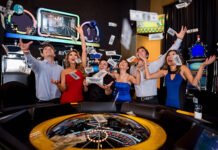 Work From Home Online Earn Money With No Investment

How much time Do You Prepare Chicken Legs on the Grill?