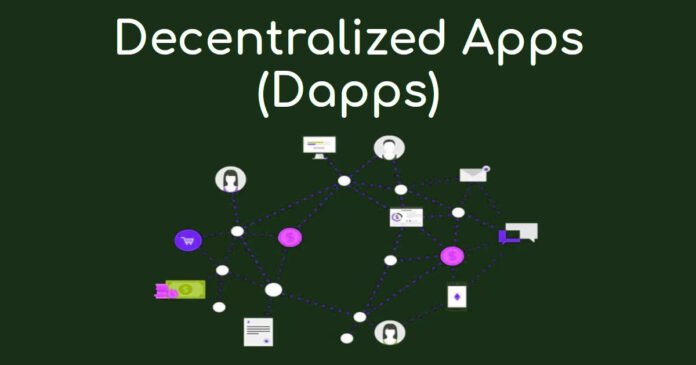 Decentralized apps are the new wave of applications that have recently entered the tech space. However, while we may all love a good underdog story, it’s important to understand what they are all about, especially if it’s the first time you have encountered them.

DApps are digital programs that use smart contracts embedded in a peer-to-peer or Ethereum blockchain technology to function instead of a single computer. If you have been following up on the latest crypto trends in Canada and the rest of the world, you probably already know how much blockchain technology has penetrated the online world. Besides facilitating payments in cryptocurrency supporting platforms such as online casino Canada sites and online shopping websites, the technology is also being used in NFTs that have recently taken the internet by storm.

If your head is already spinning because of all the technical terms, we’ll do you a solid and slow down a little bit to help you understand some of the terms we have thrown at you. Here’s a quick refresher of blockchain, peer-to-peer, and smart contracts technologies:

Many people associate blockchain technology with bitcoin, but it does not only work for the pioneer cryptocurrency that changed the world. The tech is key to many of the cryptocurrencies that exist today, and it now plays a key role in decentralized apps.

In a nutshell, blockchain is a ledger (or database) of decentralized (or distributed) data that is securely shared among the nodes of a computer network. A blockchain stores the information electronically in a digital format, and thanks to the decentralized nature of the database, there’s high fidelity and security for the recorded data.

As a result, dApps users can enjoy an assurance of trust without involving a third party. The technology is therefore tamper-proof, and better still, user data can be secured from unwarranted access by organizations that developed the app.

A peer-to-peer network is created when you connect two or more PCs without going through a separate server computer. The elimination of the server computer here is the surety that the decentralized apps are hard to interfere with.

Smart contracts are a vital part of programs built on blockchain technology. Their function is to automatically execute some sections or the entirety of an agreement stored on a blockchain-based platform. The agreement terms are written directly into lines of code, and a decentralized blockchain network is used to store and distribute both the code and the agreements.

Conventional apps – we’re talking about the likes of Tinder, Facebook, Instagram, TikTok, and Twitter, among many others, are what we refer to as centralized apps. You may be wondering why?

There are plenty of dApps out there spanning different categories.  Their users can feel secure in the knowledge that they are not controlled like the users of the centralized apps. Let’s take a dApp like BitTorrent, for example – the creators have no way of removing what you post, as is usually the case for centralized apps.

But how is this all possible? Remember the smart contracts that we talked about earlier? Through smart contracts, commands are seamlessly executed without human interference in any way.

It’s Not All Rosy With dApps

To date, dApps haven’t received a warm enough welcome from the already established mainstream tech industry that is awash with centralized apps. For good reason, though, it may be hard to sell a business model where you don’t retain the majority of control. Moreover, it’s hard to justify how such apps will match the profit margins of the centralized apps.

The public nature of these apps also opens them to potential hacker attacks. These apps are infamous for such activities, meaning that they aren’t as secure as touted. With such drawbacks haunting dApps, it remains to be seen how these apps will do in the long run. So, the question that persists is; will the average user finally open up to them? That is something we are looking forward to seeing in the coming years.

How Much Does It Cost To Fix A Garage Door That Won’t Open?

6 Areas of Your Home You Might Forget to Maintain