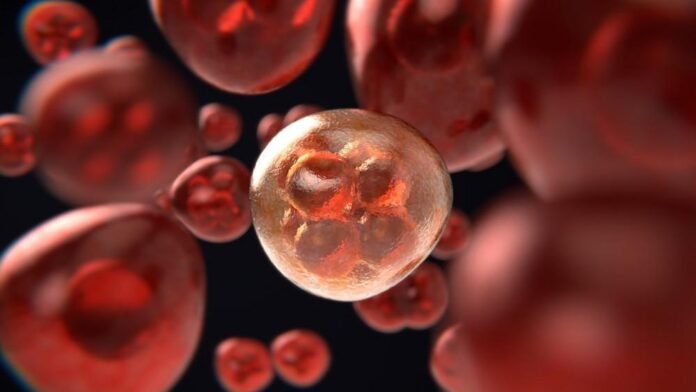 For a moment, let’s flashback to science class in high school. BPC 157 is a tiny peptide chain that, like all peptides, is made up of units known as amino acids. Simply described, a peptide is a collection of amino acids.

Even if an amino acid is potent on its own, it becomes even more important when it is joined with other amino acids to produce peptides.

Peptides play a significant role in how our body functions since they communicate with cells and provide them instructions on what to become.

Body Protective Compound is what it is called, and that is exactly what it does. It was first identified as a protective peptide in our stomach that also has healing properties in both the upper and lower GI tracts.

Although BPC 157  peptide only makes up a small portion of the entire BPC protein, it is crucial for its performance since it contains the enzyme binding sites.

This stable gastric Penta decapeptide has a 15-amino acid composition and resembles something like this: Gly-Glu-Pro-Pro-Pro-Gly-Lys-Pro-Ala-Asp-Asp-Ala-Gly-Leu-Val.

BPC 157 is a substance that naturally exists in our stomach juice and plays a key part in the digestive tract’s ability to heal and regenerate.

BPC 157 does a fantastic job of keeping everything operating smoothly because our intestines are constantly working to repair damage and under a lot of pressure.

It does this by regenerating cells in the intestine’s walls and endothelium, preventing ulcers, stabilizing the microbiome, and managing blood vessel function.

Scientists chose to investigate this peptide’s effects beyond the digestive tract after discovering its therapeutic properties, and the results were astounding.

It has been discovered that BPC 157 directly affects the Nitric Oxide (NO) pathway, controlling blood vessel function while also supporting important growth factors.

The fundamental mechanism of NO-mediated wound healing is the angiogenic repair process, which involves the growth of new blood vessels.

As a result, the wounded area can receive more oxygen and energy, hastening the healing process.

What Advantages Does BPC 157 Offer?

To ascertain whether BPC 157 possesses life-altering characteristics, some of the greatest researchers in the world are engaged in study, many of them at the University of Zagreb in Croatia.

·         Prevents the growth of scar tissue and endothelial protection

·         Synthesis of certain hormones and neurotransmitters is stabilized (e.g.Serotonin)

·         Improved sensitivity of the body to viruses and allergies

BPC 157 may be a powerful inducer of recovery after traumatic brain injury because it promotes the repair of neurons in the brain.

It can also stop seizures, brain lesions, and other adverse effects brought on by an excessive intake of insulin. It can also lessen the potency of many neurotoxic chemicals.

You can buy BPC 157 to improve symptoms of depression by stabilizing the production of certain hormones, such as serotonin, which may improve mental wellness.

According to research from the Journal of Physiology – Paris, BPC 157 has benefits that are equivalent to those of antidepressants without any negative side effects.

In that study, it even helped the chronically stressed rats’ mobility. What Take Place

When BPC 157 Is Taken for Your Injury?

I understand the human body and how to treat it utilizing a 360-degree approach to healing and optimization as an osteopath and functional medicine practitioner.

Having stated that, inserting BPC 157 into a muscle requires complete knowledge of the muscle, fascia, nerves, and insertion locations.

It is increasingly common to use ultrasonography to locate the precise site of damage or inflammation so that a doctor can administer BPC 157 exactly where it is required.

Exosomes and PRP can be combined with BPC 157 for enhanced healing and regeneration.

The enhanced synthesis of nitric oxide (NO), which is necessary for numerous body activities, is brought on by the injection of BPC 157.

In particular, NO widens blood vessels, decreases blood pressure, and boosts blood flow to the wounded area to ensure adequate delivery of nutrients and oxygen.

What makes BPC 157 so successful as a component of a healing programme is the increase in NO in unison with nerve growth factor, VEGF, collagen restructuring, and repair of nerve function.

Are There Any Side Effects to BPC 157?

With BPC 157, very few or no negative effects have yet been documented in patients receiving professional treatment.

Anecdotally, those who are histamine or mast cell intolerant should exercise caution and seek professional help to stimulate their immune systems with alternative peptides before taking BPC 157.

I’ve heard numerous accounts of autoimmune disorder sufferers who self-test BPC and get a negative reaction.

You can get around this by completely quitting BPC, starting with a lesser dose, or combining BPC 157 with immune system-priming peptides like Thymosin Alpha-1.

Unlike BPC 157%, thymosin Alpha-1 (TA1) is an FDA-approved peptide, and a substantial body of research backs its advantages.

Melanoma, as well as other long-tail autoimmune disorders including hepatitis and HIV, are also significantly treated by thymosin Alpha-1.

Making Your Pooch Classy with a Rhinestone Dog Collar