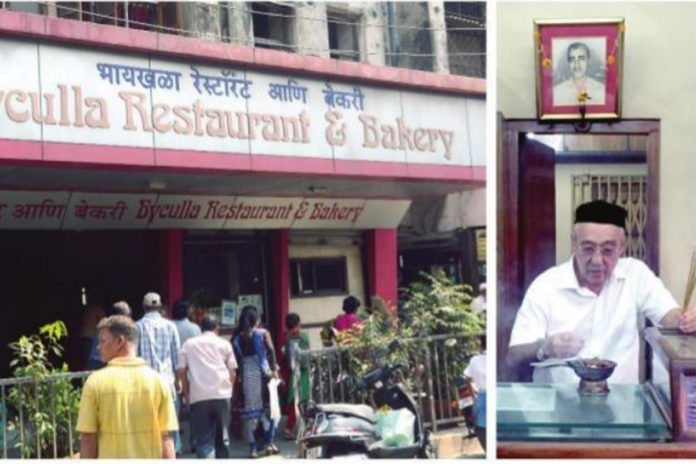 Darius Ferzandi is no more. At age 85, he died in Mumbai a week ago, the locally notable proprietor (see photo) of Byculla Restaurant and Bakery. He positioned among other Parsi seniors running Mumbai’s renowned Irani bistros, the sepia-touched scaffolds across time and ages.

For some bygone era Mumbai occupants, the previous weeks were longest in the city without an Irani ‘kadak pau’ (hard-hull bread) and bread pudding normally sold out not long after being made.

They heated and blended smooth tea for as far back as the most seasoned living resident can recall, the Zoroastrians from Persia (Iran since 1935) escaping Islamic mistreatment – the fierce frenzy of insane people requesting resilience for their “religion” yet prejudiced of different religions in a civilizational revile across time.

The Irani bistros, legend goes, were conceived from the tea served during social gatherings of yearning to go home Persians in Bombay a century back. From many Iranian eateries twelve stay to endure and fill in as curious connections of societies across nations and hundreds of years. Times changed, however not Irani bistros.

No dough punchers wearing tall white toque whitens, just ages of bun, rolls, pudding and pies with nearby dishes. The 1930s and 2020s meet in Irani bistros in climate hung with phantoms of time, the dim wood insides, the confined mirrors, sweet smell of prepared pleasures, blurred tabletops where companions dunk buns in ‘paani kum chaai’ (less milk tea), sitting maybe where their granddads, once upon a Bombay time, awkwardly attempted to dazzle those hesitant young ladies who turned into their grandmas.

Yazdani endure such dust storms of progress, a milestone close to the Bombay Stock Exchange, with its thoughtful septuagenarian proprietor Parvez Irani and his child Tirandaz, the last’s face illuminating in shock when the client giving him Bill Hart’s Art of Living book on Vipassana (www (dab) dhamma (dab) organization) didn’t need any cash for it.

Yazdani waits among last of the Irani bistro time machines interfacing the Mumbai of very rich people with Bombay of British years when the primary Ford T and Daimler vehicles, horse carriages and cable cars from Colaba to Pydhonie thundered on cobbled streets with beautiful gas-lit lights.

Who knows how regularly Subhash Chandra Bose crunched bun-maska and tasted tea in an Irani bistro in South Bombay around 1930s, before walking around the sparkling ocean waters along Marine Drive that currently conveys his undying name – some portion of the untold truth of who was the genuine reason for India’s freedom from British pillagers. The truth of Irani bistros in one of a kind urban legend remembers harsh notification for maturing dividers scolding clients: “Food won’t be served to over plastered people.”

“If you don’t mind . Try not to sit more Pay immediately, time is important Do not compose letter Without request refreshment … Do not make mischiefs in lodge Our server is detailing Come again, All are welcome whatever rank If not fulfilled reveal to us Otherwise tell others.” And we never feel burnt out on telling others.

The essayist is a senior, Mumbai-based columnist.

What is the importance of obtaining distance education?

AWS Career Path: What You Need to Know

Free Your Residence From Vermin – Call a Pest Control Business