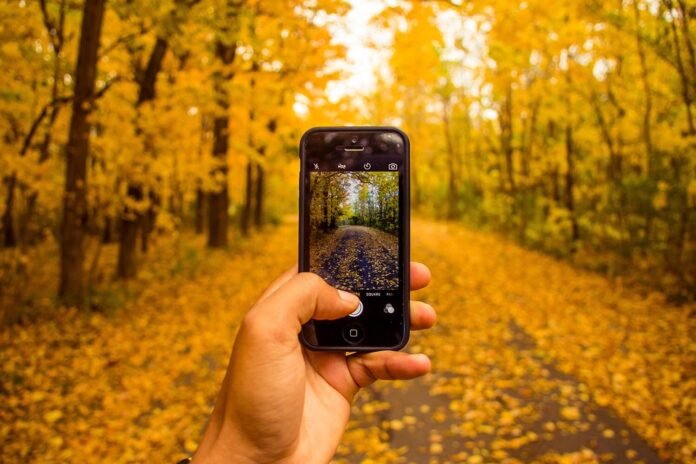 I really enjoy gig photography, but it can be quite challenging at the best of times! So, I thought I’d put together some of the things that I’ve found most useful when taking shots of local concerts – hopefully you’ll take something from this and go on to take some great photos of bands in your area.

So, without further ado, my 5 top tips:

Although outside gigs do exist, they tend to be quite rare – most gigs are inside, and they are always – always! – dark. So, this means that you need to use a ‘fast’ lens – this means a lens that has a wide aperture (low f-number). Lenses with max apertures of f/2.8 or larger are generally considered ‘fast’.

By using a lens like this, it will mean that your camera can take in as much light at a time as possible, which is imperative when taking photos in lowlight. Using flash can put off the performers, can be prohibited at more professional level concerts (or at least limited to the ‘first three songs’), and can make your photos look boring and flat, anyway. (By the way, I did a whole tutorial on lowlight photography)

Photography To Remember says if you’re going to be doing a lot of band photography, or even just lots of fleshless photos in lowlight, then you should think about getting a fast lens. Canon have a great value 50mm f/1.8, which only costs about £90 from Amazon UK – I took the photo below with this lens, which ended up being published in the local newspaper:

2. Use Your Largest Aperture / Smallest f-number

Now that you’ve got a nice, quick lens on your camera, you need to use it at its largest aperture – so the most amount of light as possible is coming in. This may mean f/2.8, or even larger, such as f/1.8 – this will help you to get quick-enough shutter speeds to take sharp images of your chosen performers.

Using a wide aperture/small f-number also has the extra benefit of reducing your depth of field, meaning the background of your photos should be nice and blurry, making the subject of your shots stand out more.

By the way, I did a short post on how to remember f-numbers easily a while ago, too.

OK, you’ve got a fast lens, have chosen a wide aperture – now what? Well, it’s still likely that, because light levels are just so low at most gigs, you’re still going to need to increase the sensitivity of your camera to light – that’s where the ISO comes in.

We want to increase this ISO number to something like 1600 or 3200 so the camera is more sensitive, and so needs less time to capture enough light, and thus we can take photos with faster shutter speeds – the key to getting sharp photos.

It’s true that increasing the ISO also increases the amount of grain, or ‘digital noise’ in our photos, but modern DSLRs are really, really good at taking shots at high ISOs without losing too much quality. Take, for instance, the photo I took recently with my Canon 7D, at ISO 3200. The quality is fantastic:

It’s not like most of our photos need to be super-uber quality, anyway, as we’ll mostly be viewing them on our computer screens, or doing small prints at home – circumstances where noise/grain isn’t a problem. You can always use something like Adobe Lightroom 3′s fantastic ‘noise reduction’ feature anyway, which is great at making nice, clean images from high ISO photos.

Anyway, if you don’t raise your ISO to something approaching ISO 1600 or 3200, then you’ll find that you won’t be able to get shutter speeds of around 1/100 sec anyway, which is needed to take sharp photos of moving performers. And if you don’t get sharp photos, you might as well not be taking photos at all…. so, my advice: Raise your ISO and don’t think twice about it!

OK, this sounds kind of scary if you haven’t done it before – but, believe me, it really isn’t! The first time I used my camera’s fully Manual mode was actually at a gig last year – I hadn’t even touched the mode before, but after a few minutes trying to take photos of a local band, I found that I just had to switch to Manual.

Why, you say? Well, because of the changing light conditions. Most gigs have flashy lights, changing colours, spotlights moving around and so on – so, in short, your lighting conditions are changing second to second. If you were to shoot in Aperture Priority mode – which is a tempting initial approach, as we do want to pick a wide aperture, after all – then your camera will choose a different shutter speed from shot to shot because the lighting is changing second to second.

For instance, say you’re lining up a shot of the singer in your viewfinder: there’s a nice spotlight on his head, you’ve chosen a wide aperture of f/2.8, and the camera picks a nice 1/100 sec shutter speed. Great, right? You’ll get a sharp shot. But then, next second, the spotlight moves, and your singer suddenly has a whole less light on him. Now, your camera is still at f/2.8, but because there is suddenly less light, your camera is going to choose a shutter speed of 1/20 sec – not quick enough to get a sharp shot at all! Argh….

And that could go on all night if you kept the camera in Aperture-priority: you’ll never know if your camera is going to choose a quick enough shutter speed or not!

So, the trick is to turn your camera to ‘M’ for manual, dial in your wide aperture, dial in a quick shutter speed of 1/100 sec (which is about enough to get sharp shots of moving band members) and then take a few shots. Are they coming out light enough? If not, increase your ISO, or choose a larger aperture. Too light? Lower the ISO or choose a smaller aperture. But the point is, that when you’ve got a combination of ISO and Aperture (remember, we need to keep the shutter speed at 1/100 or faster), then we stick with those settings.

You can then shoot away in Manual mode, knowing that your camera won’t be changing any aperture or shutter speed setting depending on the available light that second. Much better….

5. Use Tracking Focus (‘AI Servo’ on Canon, ‘Continuous’ on Nikon)

People in bands move around. A lot. OK, you may prefer to take shots of a classical guitarist, who may stay pretty still – but for most bands, well, they never stand still! Rock and metal bands are especially mobile… How on earth do we focus on these moving creatures?

The trick, my friend, is to use your DSLR’s fantastic tracking focus system, which means that the camera is constantly focusing on your chosen subject, whether they are moving towards the camera, away from it, or side to side. Perfect!

If you’re a Canon user, choose ‘AI Servo’ as your focusing mode – if you’re a Nikon user, choose ‘Continuous’. Put your chosen focus point on your subject (preferably their eyes/face, if you can), depress the shutter button halfway, and then, even if they move, the camera will be continually focusing, so when you press the shutter fully to take the shot, it should be in focus.

There’s always loads of action at gigs: singers jumping on speakers, guitarists jumping up and down like madmen, and bass players head-banging all over the place. So, in order for us to increase the chance of getting good shots of all of this action, we want to put our cameras in ‘burst’ mode, or ‘continuous shooting’. This means, instead of taking a single photo when we press the shutter, our camera takes a few photos a second instead.

Every camera has a maximum burst speed, but most have at least 3 frames a second. Shooting in bursts like this means you’ll have a better chance of taking a shot of the singer in mid-vocal-scream, or of a guitarist swinging his instrument around his body. You’ll get more photos to choose from at the end of the day, which is always a good thing.

Also, as the lighting is often changing second to second, as mentioned earlier, shooting in burst mode means one of your photos may be a little bit dark, but the next one may have a great spotlight catching the action. For instance, the shot before this next photo had a really different light quality to it – but because I shot in a burst, I managed to get this great silhouette-style shot as well:

And two little extra small bits of advice: 1. Don’t chimp too much (‘chimping’ means to look at your photos on your camera’s LCD screen), as you’re bound to miss lots of photo opportunities while your ‘ooh-ing’ over your photos, and 2. Get as close as you can, as photos always look better when you’re close to the action, and if you’re far away from the band, that’ll mean you may get audience member’s heads in the shots, and you’ll have to use a longer lens – probably meaning a smaller aperture (as most lower-priced long lenses have smaller apertures), which in turn means too slow shutter speeds to get sharp shots…

Phew, that was quite a lengthy guide! I hope it’s been of some help. Remember, these are only my own little tips; things that have worked for me. If you have any other advice, or do things differently, please don’t hesitate to let me know in a comment below! 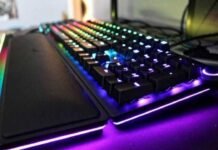 How to Choose the Best Gaming Keyboard 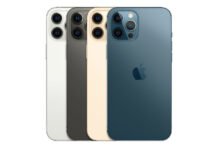 Tips for buying an iPhone in Singapore.