Matt Fitzpatrick’s US Open success was a hugely impressive achievement. The Englishman finished one ahead of both Will Zalatoris and Scottie Scheffler, the world number one, after putting for par on the 18th in the final round, finishing six under in the process.

Speaking about the shot, he said: “I guess ability took over and when I saw it leave the sand I couldn’t have been happier. It’s one of the best shots I’ve hit of all time.”

Zalatoris was even more complimentary of the shot: “Matt’s shot is going to be shown probably for the rest of US Open history. I walked by it, and I thought that going for it was going to be ballsy, but the fact that he pulled it off and even had a birdie look was just incredible.”

It’s certainly true that the shot was a breath-taking moment at the end of a great tournament. It was a sporting moment that felt like it would go on to define the final stretch of the US Open. Top level sporting events are often decided by fine margins, and Fitzpatrick’s stunning shot was a reminder of that.

“I hit some unbelievable shots coming down the stretch, I look back to my three approaches into 15, 16, and 17 as all really, really good shots. On 18 it was kind of just a bit of hit and hope,” he continued. “I just felt I had to hit the green. I was trying to make a par on 18 and put the pressure on him and force him to make a birdie. I knew Will was going to hit it close. I knew he was going to give himself a chance. When I hit that shot, I thought at least I’ve got a chance too.”

Scheffler also credited Fitzpatrick’s game more generally. The American spoke about his impressive play across the weekend, but also his improvement over the last few months.

“Tip of the hat to Fitzy [Fitzpatrick]. He’s been playing really good golf, and he definitely deserved to win this event. I don’t know if you guys noticed, but I feel like he has made some extreme improvements off the tee in a matter of months,” the American commented. “I played with him in Austin this year, and he was not hitting it nearly as far as he is now. I don’t know what he was doing. Maybe he was on the Bryson program or something. He’s hitting the ball really well and has been knocking on the door for a long time. He definitely deserves this win.”

Things to know to win the fish shooting game in 789club 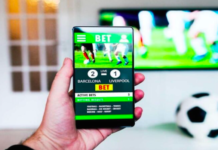 Top 5 Benefits Of Professional Pressure Washing For Your Home

Buying guide: what to look for in a good laptop: RAM, Processor, or OS