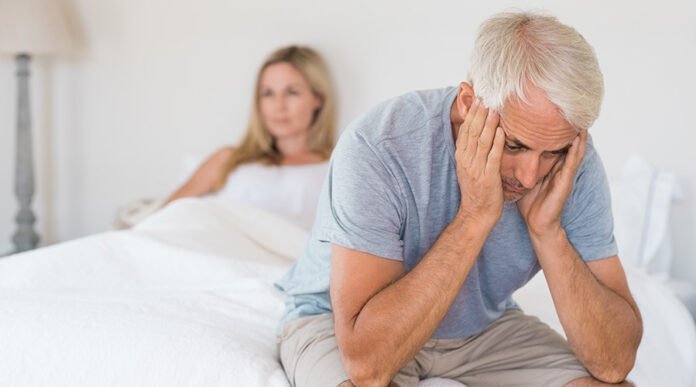 What is Erectile Dysfunction?

Erectile dysfunction, or ED, is the most common sex problem that men report to their doctor. It affects as many as 30 million men.

ED is defined as trouble getting or keeping an erection that’s firm enough for sex.

Though it’s not rare for a man to have some problems with erections from time to time, ED that is progressive or happens routinely with sex is not normal, and it should be treated.

Finding the cause(s) of your ED will help treat the problem and help with your overall well-being. As a rule, what’s good for your heart health is good for your sex health.

During erection, the spongy tissues relax and trap blood. The blood pressure in the chambers makes the penis firm, causing an erection. When a man has an orgasm, a second set of nerve signals reach the penis and cause the muscular tissues in the penis to contract and blood is released back into a man’s circulation and the erection comes down.

When you are not sexually aroused, the penis is soft and limp. Men may notice that the size of the penis varies with warmth, cold or worry; this is normal and reflects the balance of blood coming into and leaving the penis.

With Erectile Dysfunction (ED), it is hard to get or keep an erection that is firm enough for sex. When ED becomes a routine and bothersome problem, your primary care provider or a Urologist can help.

ED may be a major warning sign of cardiovascular disease indicating blockages are building in a man’s vascular system. Some studies have shown men with ED are at significant risk of getting a heart attack, stroke or circulatory problems in the legs. ED also causes:

If ED is affecting a man’s well-being or his relationships, it should be treated. Treatment aims to fix or enhance erectile function, help circulatory health and help the quality of a man’s life.

ED can result from health problems, emotional issues, or from both. Some known risk factors are:

Even though ED becomes more common as men age, growing old is not always going to cause ED. Some men stay sexually functional into their 80s. ED can be an early sign of a more serious health problem. Finding and treating the reason for ED is a vital first step.

Normal sex needs the mind and body working together. Emotional or relationship problems can cause or worsen ED.

Some emotional issues that can cause ED are:

The treatment for ED starts with taking care of your heart and vascular health. Your doctor may point out ‘risk factors’ that can be changed or improved.

You may be asked to change certain food habits, stop smoking, increase workouts or stop using drugs or alcohol. You may be offered alternatives to the drugs you take. (Never stop or change prescription drugs without first talking to your health care provider.)

Your health care provider may also suggest treating emotional problems. These could stem from relationship conflicts, life’s stressors, depression or anxiety from past problems with ED (performance anxiety).
The treatments below are available to treat ED directly.

Non-invasive treatments are often tried first. Most of the best-known treatments for ED work well and are safe. Still, it helps to ask your health care provider about side effects that could result from each option:

Drugs known as PDE type-5 inhibitors increase penile blood flow. These are the only oral agents approved in the U.S. by the Food and Drug Administration for the treatment of ED.

For best results, men with ED take these pills about an hour or two before having sex. The drugs require normal nerve function to the penis. PDE5 inhibitors improve on normal erectile responses helping blood flow into the penis. Use these drugs as directed. About 7 out of 10 men do well and have better erections. Response rates are lower for Diabetics and cancer patients.

If you are taking nitrates for your heart, you SHOULD NOT take any PDE5 inhibitors. Always speak with your health care provider before using a PDE5 inhibitor to learn how it might affect your health.

Most often, the side effects of PDE5 inhibitors are mild and often last just a short time. The most common side effects are:

In rare cases, the drug Viagra ® can cause blue-green shading to vision that lasts for a short time. In rare cases, the drug Cialis ® can cause or increase back pain or aching muscles in the back. In most cases, the side effects are linked to PDE5 inhibitor effects on other tissues in the body, meaning they are working to increase blood flow to your penis and at the same time impacting other vascular tissues in your body. These are not ‘allergic reactions’.

In those rare cases where a low sex drive and low blood levels of Testosterone are at fault for ED, Testosterone Therapy may fix normal erections or help when combined with ED drugs (PDE type 5 inhibitors).

A vacuum erection device is a plastic tube that slips over the penis, making a seal with the skin of the body. A pump at the other end of the tube makes a low-pressure vacuum around the erectile tissue, which results in an erection. An elastic ring is then slipped onto the base of the penis. This holds the blood in the penis (and keeps it hard) for up to 30 minutes. With proper training, 75 out of 100 men can get a working erection using a vacuum erection device.

If oral drugs don’t work, the drug Alprostadil is approved for use in men with ED. This drug comes in two forms, based on how it is to be used: intracavernosal injection (called “ICI”) or through the urethra (called “IU therapy”).

Alprostadil is injected into the side of penis with a very fine needle. It’s of great value to have the first shot in the doctor’s office before doing this on your own. Self-injection lessons should be given in your doctor’s office by an experienced professional. The success rate for getting an erection firm enough to have sex is as high as 85% with this treatment. Many men who do not respond to oral PDE5 inhibitors can be ‘rescued’ with ICI.

ICI Alprostadil may be used as a mixture with two other drugs to treat ED. This combination therapy called “bimix or trimix” is stronger than alprostadil alone and has become standard treatment for ED. Only the Alprostadil ingredient is FDA approved for ED. The amount of each drug used can be changed based on the severity of your ED, by an experienced health professional. You will be trained by your health professional on how to inject, how much to inject and how to safely raise the drug’s dosage if necessary.

ICI therapy often produces a reliable erection, which comes down after 20-30 minutes or with climax. Since the ICI erection is not regulated by your penile nerves, you should not be surprised if the erection lasts after orgasm. The most common side effect of ICI therapy is a prolonged erection. Prolonged erections (>1 hour) can be reversed by a second injection (antidote) in the office.

For IU therapy, a tiny medicated pellet of the drug, Alprostadil, is placed in the urethra (the tube that carries urine out of your body). Using the drug this way means you don’t have to give yourself a shot, unfortunately it may not work as well as ICI. Like ICI therapy, IU Alprostadil should be tested in the office, before home usage.

The most common side effects of IU alprostadil are a burning feeling in the penis. If an erection lasts for over four hours, it will need medical attention to make it go down.

The main surgical treatment of ED involves insertion of a penile implant (also called penile prostheses). Because penile vascular surgery is not recommended for aging males who have failed oral PDE5 inhibitors, ICI or IU therapies, implants are the next step for these patients. Although placement of a penile implant is a surgery which carries risks, they have the highest rates of success and satisfaction among ED treatment options.

Penile implants are devices that are placed fully inside your body. They make a stiff penis that lets you have normal sex. This is an excellent choice to improve uninterupted intimacy and makes relations more spontaneous.

Several restorative or regenerative treatments are under investigation for the future treatment of ED:

These are not currently approved by the FDA for ED management, but they may be offered through research studies (clinical trials). Patients who are interested should discuss the risks and benefits (informed consent) of each, as well as costs before starting any clinical trials. Most therapies not approved by the FDA are not covered by government or private insurance benefits.

Supplements are popular and often cheaper than prescription drugs for ED. However, supplements have not been tested to see how well they work or if they are a safe treatment for ED. Patients should know that many over-the-counter drugs have been found on drug testing to have ‘bootlegged’ PDE 5 Inhibitors as their main ingredient. The amounts of Viagra, Cialis, Levitra or Stendra that may be in these supplements is not under quality control and may differ from pill to pill. The FDA has issued consumer warnings and alerts. 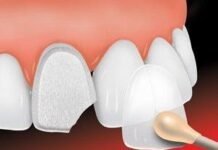 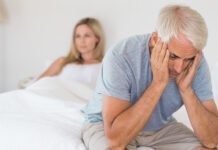 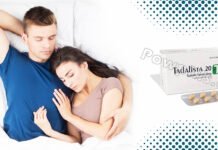